I have been carving stone for 35 years. I choose different types for their texture, hardness and geological properties. The medium attracts me because of its permanence, beauty and its resistance to being worked.

My sculpture is about material and form and I see the physical world in terms of shape and mass. I am asking the viewer to study the form, the space it occupies, the air it displaces. I either carve directly or work from sketches and maquettes. There is often a point during the carving when the stone starts arguing back; this is the beginning of a dialogue wherein the object insists on alternatives to my original idea and is one of the exquisite moments in the creative process to which I am drawn.

The work is influenced by carvers who came before: the Egyptians and Greeks, through the medieval period and Donatello, to the 20th century; Epstein, Arp and Brancusi.

During the 20 years that I spent as a sculpture conservator, I was fortunate enough to work on carvings from the megalithic, medieval and modern eras. This exposure has imparted a deep understanding of the context of the object and the historical thread that links all artisans and artists who have ever worked stone.

Recently, I have been exploring relief carving; it’s a difficult discipline, a little like drawing in stone.

I am not a conceptual artist; I am simply striving to release pure form from small pieces of the Earth’s crust. When the work goes badly it is mental torture; when it goes well it is like alchemy. Sculpting fulfils a fundamental need.

It’s about geology, the displacement of air and extending the historical thread. 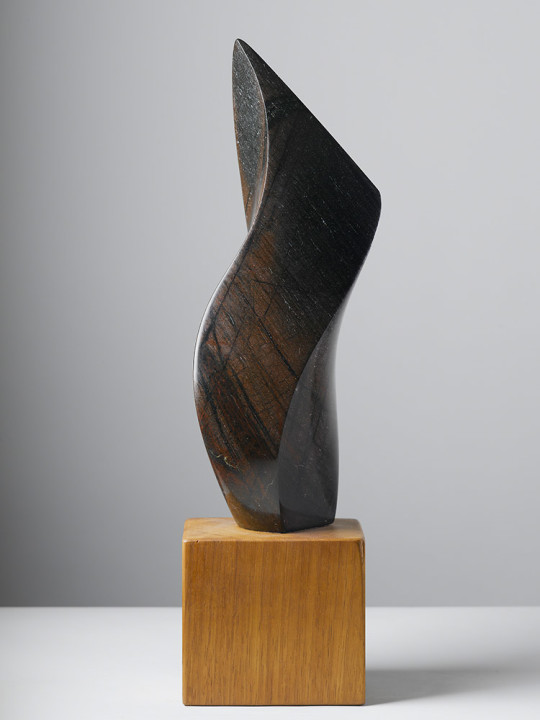